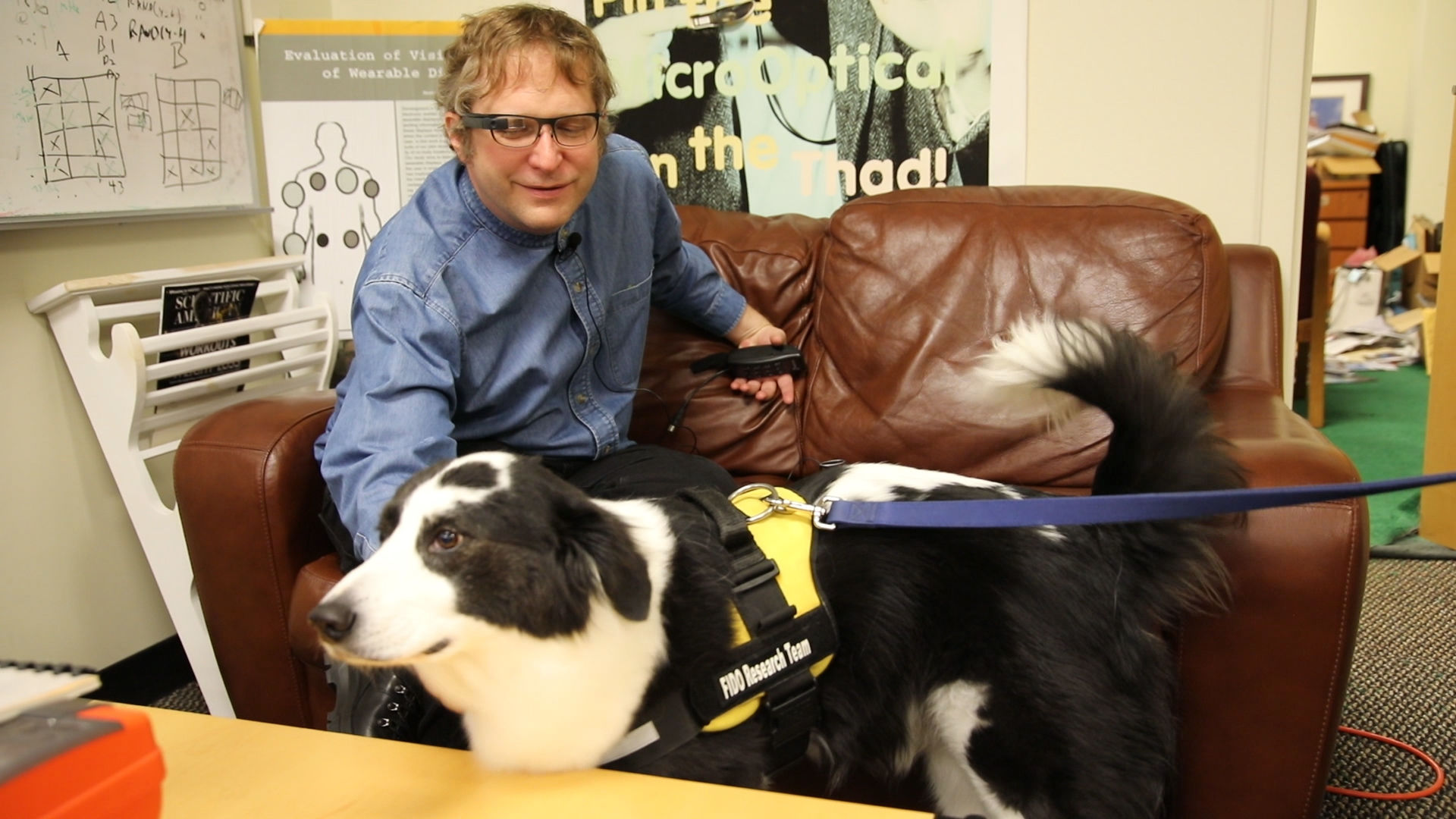 Thad Starner is a founder and director of the Contextual Computing Group at Georgia Tech's College of Computing, where he is a full professor. He sat down with us in the Tech Square Research Building to discuss teaching at Georgia Tech, wearable computing's past and future, and how to make dogs talk.

Thad has been closing the gap between humans and computers for years, most notably through his research at MIT leading to the first prototypes for Google Glass. But it's not the actual devices that interests Thad the most, it's the concept of augmented memory.

"Can we make devices that we can think through?”, Starner ponders, “Can they help us learn lessons and do tasks? Are they so fast and easy to use that we don't think about them at all?'“

A great example of this is the haptic gloves Caitlyn Seim is researching, which can be used to subconsciously teach people how to use the piano via micro vibrations.

Recently, Thad has been working with the Georgia Tech Police Department in order to help bomb sniffing dogs communicate better with their handlers by using wearable devices and hopefully their voice (bark) in the future.