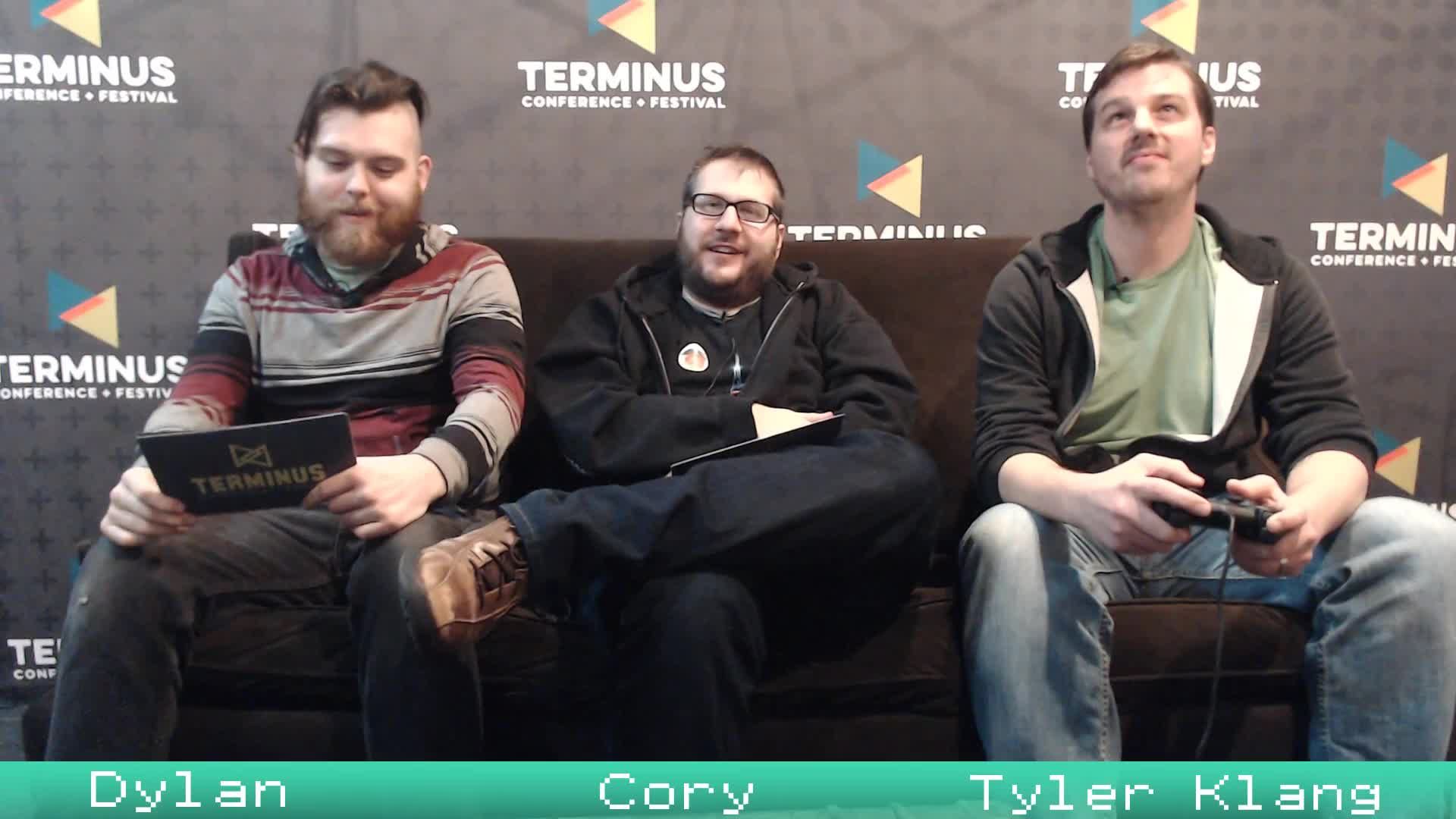 On this episode of TERMINUS & Friends we play Demon Souls with Tyler Klang. Originally Aired November 28, 2017. Tyler has been a Producer, Editor, and Videographer at HowStuffWorks in Atlanta for over a decade. He has recorded all kinds of audio from podcasts to live shoots. He has also edited and sound designed audio podcasts, such as "TechStuff" and "CarStuff" and is the co-creator of the video series "Monster Science."

Tyler has worked on-location shoots at the White House, The Goddard Space Flight Center, Star Wars Celebration, DragonCon and more. As a co-founder of Bright Elephant Films, he has also worked on many short films and music videos over the years, including doing films for Campus Movie Fest in his college days at Georgia State University.