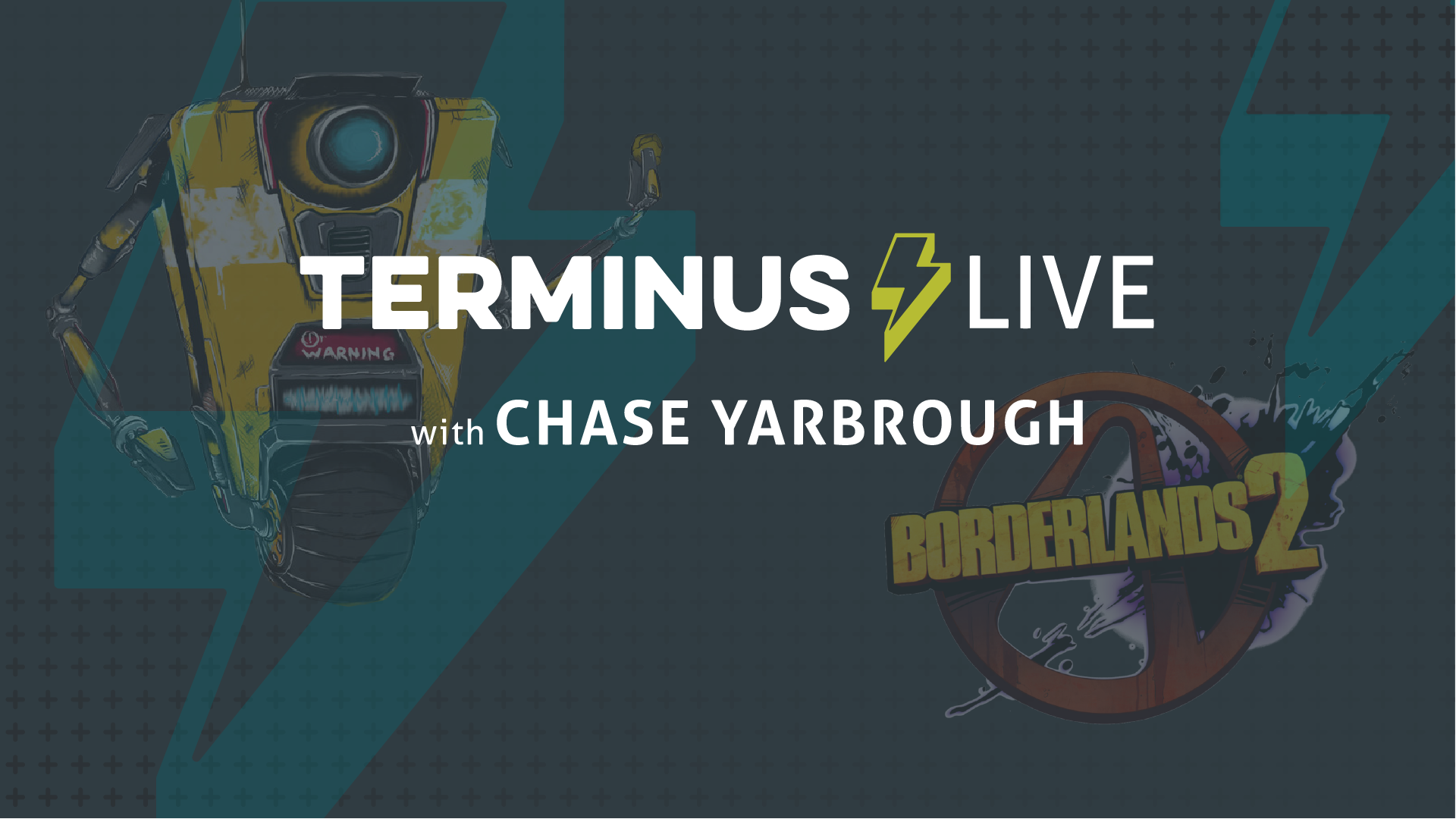 Welcome to TERMINUS Live - a weekly show where we interview film and gaming professionals while playing their favorite games! On this episode of TERMINUS Live we play Borderlands 2 with Chase Yarbrough. Originally Aired March 27th, 2018.

Chase Yarbrough is a recent graduated from the University of North Georgia with a B.S. in Film & Digital Media. He has always loved film but found his passion for lighting in college after going through a gauntlet of student short films. Fresh out of college, Chase has already served as gaffer on two independent feature films, a handful of music videos, a few commercials and recently joined IATSE Local 479. He has also worked as an electrician on productions such as Cobra Kai, the TV show Scream, and most recently, the critically acclaimed network series The Walking Dead (even though he really just wanted to be a "walker"). He is excited to be apart of the wonderful Atlanta film Community and hopeful for the future.