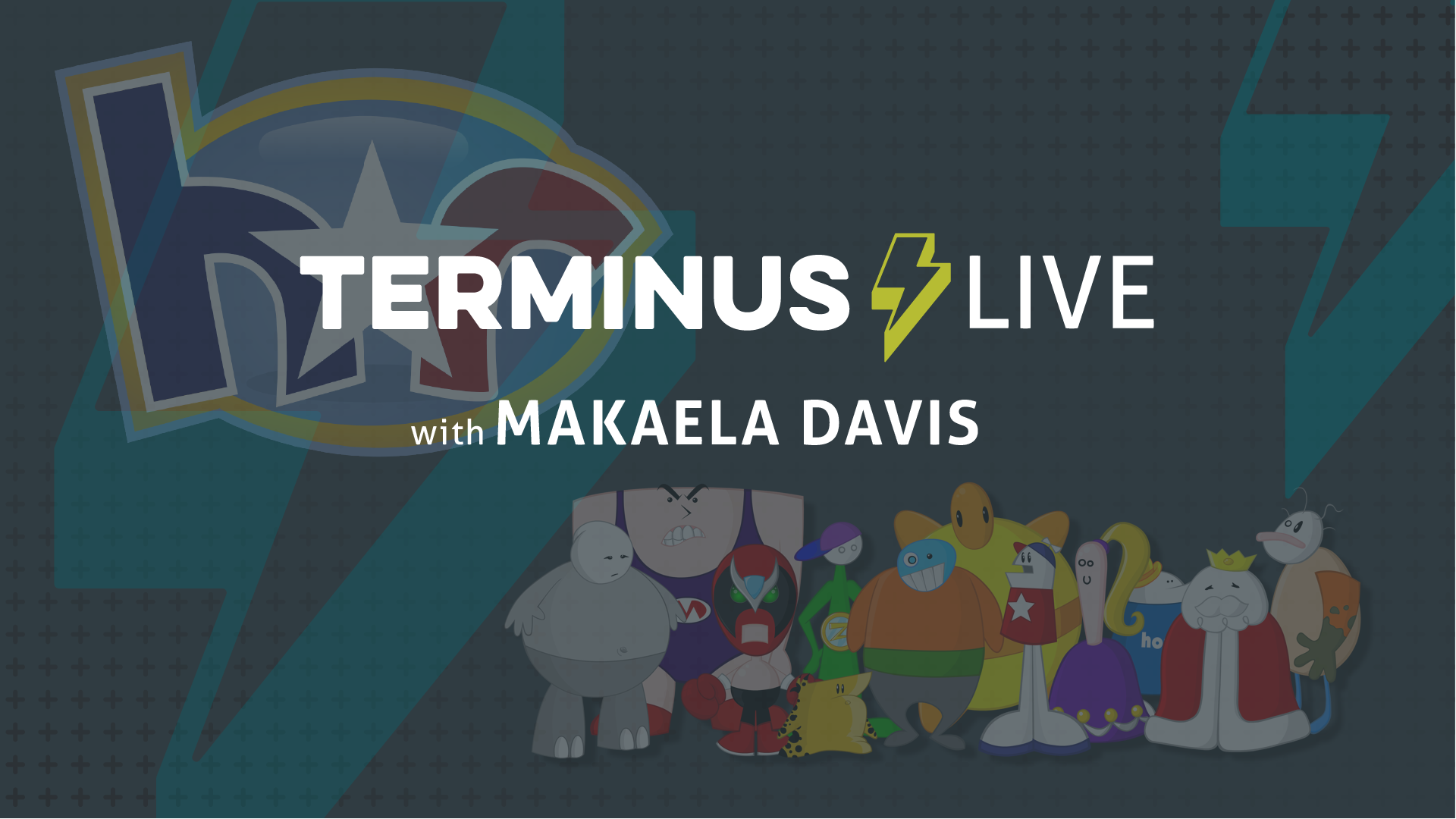 Welcome to TERMINUS Live - a weekly show where we interview film and gaming professionals while playing their favorite games! On this episode of TERMINUS Live we play Homestar Runner with Makaela Davis. Originally Aired April 11, 2018.

Makaela is a freelance animator and illustrator currently based in Atlanta, Georgia. As a new SCAD graduate, she is currently trying her hand at everything from character animation to special effects compositing, logo creation to poster illustration, and concept art to animation direction.

Her illustration and design work is currently featured by companies, restaurants, and galleries across Metro Atlanta, and she has created motion graphic videos for clients such as United Way, and Mellow Mushroom's Herb and Carnie series. Her most recent projects have been to rig in five different SCAD student films, and her thesis film, Elephant in The Elevator from mid-2017.