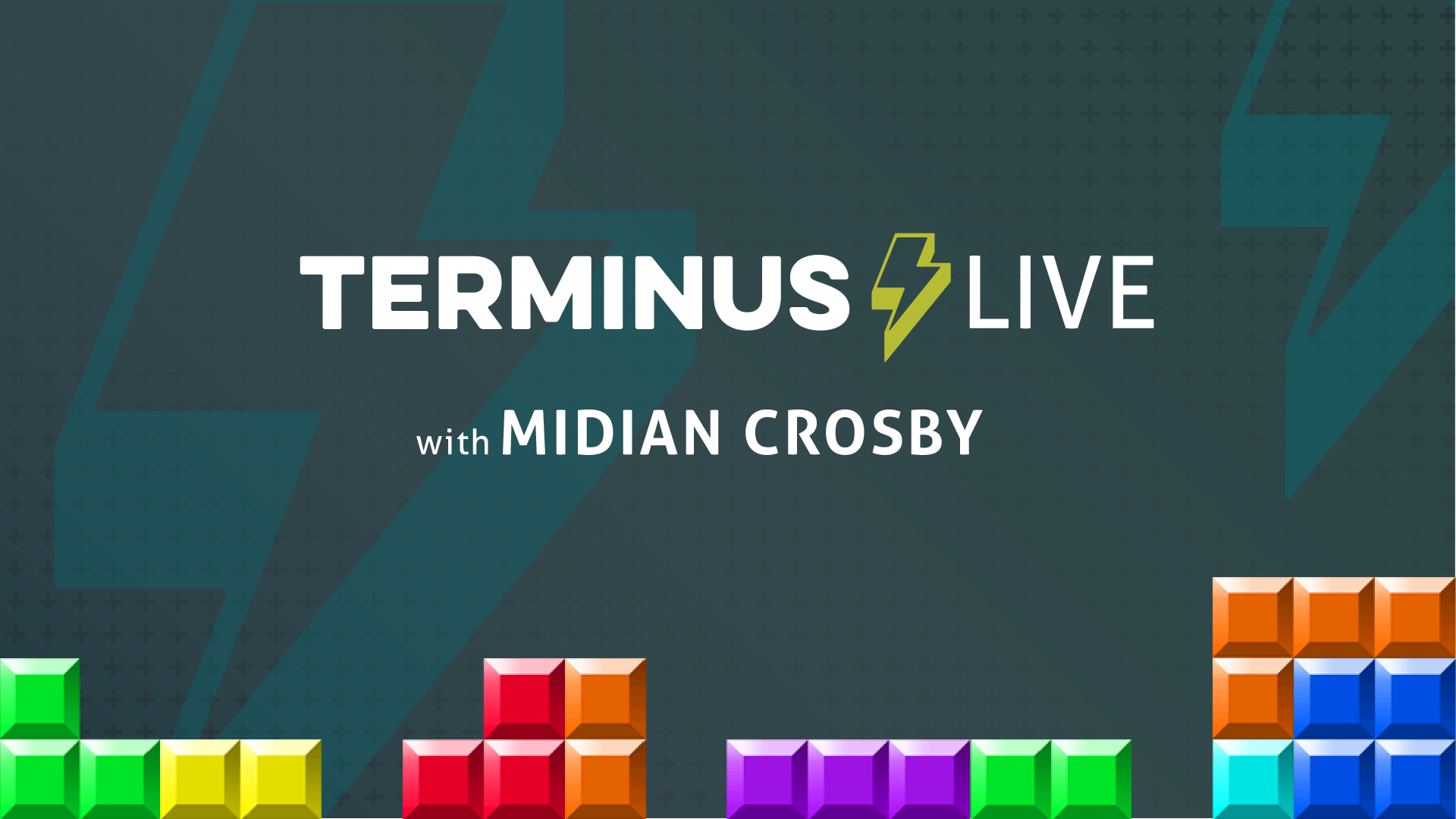 Welcome to TERMINUS Live - a weekly show where we interview film and gaming professionals while playing their favorite games! On this episode of TERMINUS Live we play Tetris with Midian Crosby. Originally Aired January 30, 2018.
"Monster" Midian Crosby has been working in movies and media for more than 14 years. She has been on more than 30 feature films, numerous television and other media projects, primarily as a practical special effects and prosthetic makeup artist, but also in costumes and props.

Midian founded the award winning Monster Makeup FX studio with her husband Joshua in 2010. Recent films include, Gnaw, Hoax, Captain Fantastic (starring Viggo Mortensen) and Cop Car (starring Kevin Bacon). Since relocating to Atlanta mid 2017, Midian has worked in the costume department for The Walking Dead, as well as on several other tv shows and films. Midian is a passionate artist with a love for entertainment.