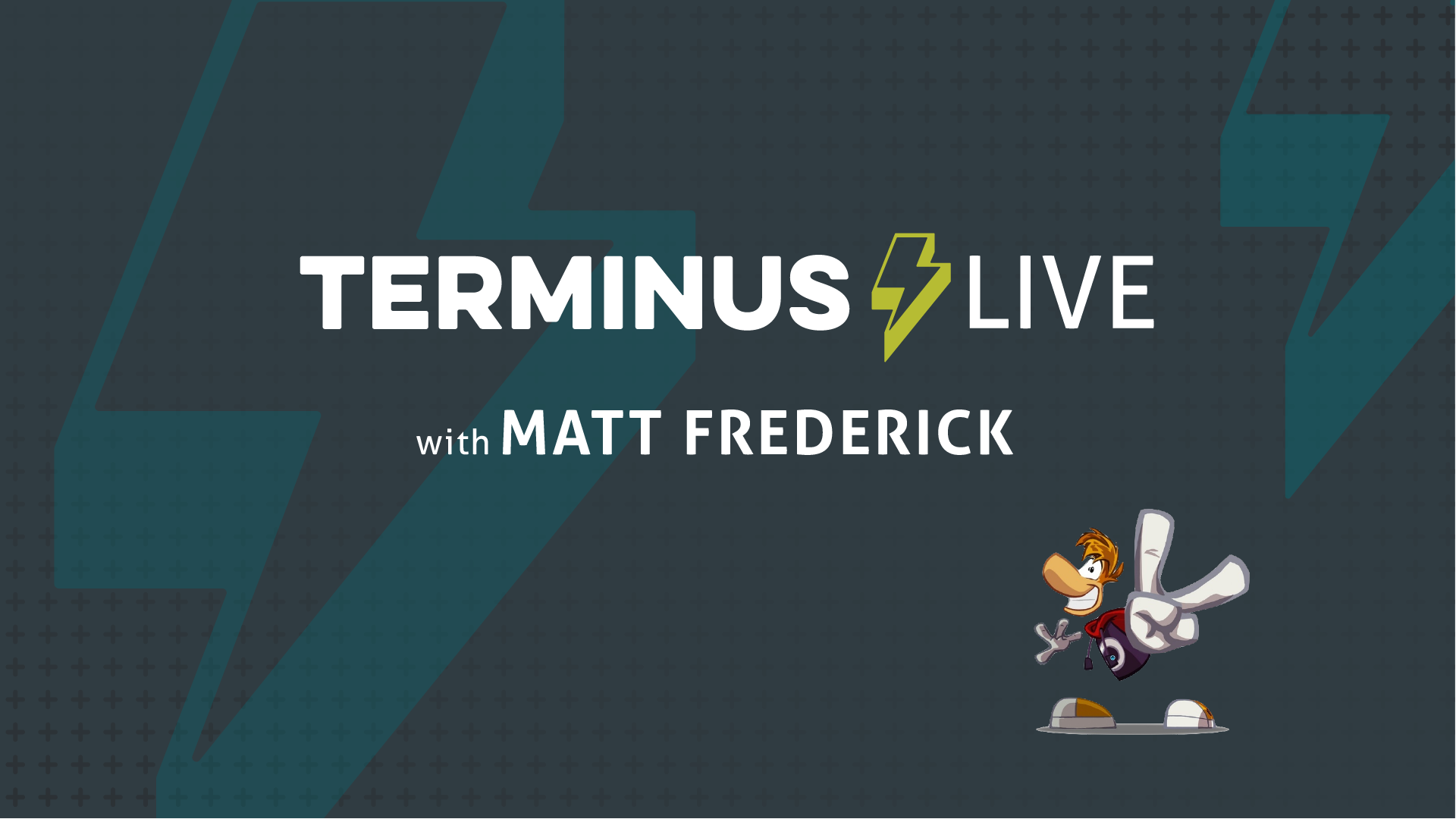 TERMINUS Live with Matt Frederick of How Stuff Works

Welcome to TERMINUS Live - a weekly show where we interview film and gaming professionals while playing their favorite games! On this episode of TERMINUS Live we play Rayman Origins with Matt Frederick of How Stuff Works. Originally Aired January 23, 2018.

Matt is a Supervising Producer at Stuff Media (HowStuffWorks). He is a co-creator and host of Stuff They Don't Want You to Know. Matt is currently producing the #1 podcast on iTunes, Atlanta Monster. Oh hey, and he used to play drums back in the day: Lions and Scissors | Capillaries | Amperial | Broken Poets

Back in the early 90s Matt was fascinated by tales of ghouls and ghosts and aliens, and he was madly in love with a certain red-haired FBI agent. Matt spent the next decade honing his skills in journalism, video production and MMORPGs. Now he spends his days attempting to discover all of the things he most likely should not. Matt is passionate about exploring everything mysterious and obsessed with illuminating the figurative darkness.